Increase your influence, melt resistance and create trust in just 10 seconds with this secret of “Natural Influence” 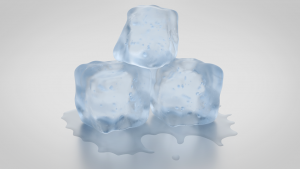 Before there is influence — there must be receptivity.

Before a farmer plants a field, he first tills the ground and prepares it to receive the seed.

And if you want to influence (people) anyone to do anything, you’ll have a lot more success if you first create receptivity.

So, how do you create receptivity in the mind of the people you want to influence?

There are a number of ways, but; I’m going to show you how to lower resistance and increase receptivity in 10 seconds using a few key words.

The post below is really awesome, but also really long. If you don’t have time to read it, I’ve put together a quick cheat sheet that shows you how to use this strategy. I will also send you “The second Law of Influence” It’s free and you can get it when you Click Here…

Don’t let the simplicity of this simple stratagem fool you. Don’t discount its power just because it is easy.

It’s almost magic in its ability to instantly reduce the pressure, stress and tension from most influence situations.

And the best part…

There’s nothing sneaky, manipulative or underhanded about it. It’s not something you are “doing to” people.

In fact, people will both like and respect you more.

To understand why this simple strategy is so effective, you first have to understand how people’s minds naturally work.

Fact #1: No one likes to think they are being influenced or persuaded.

The minute we think someone is going to try and sell us a product, an idea, or lay a heaping pile of work on us, our guard goes up. We get ready to resist.

Daily you and I are bombarded by thousands of attempts at influence. Ads all over Facebook, bill boards, gmail … spam in our inbox, people asking “small favors”, sales people asking “If there were a way I could X you’d be interested, right?”.

Is it any wonder that our mental guard goes up the second we perceive anyone is going to try and influence or persuade us to do even the smallest thing?

Don’t have time to read this whole post? Download a step-by-step CHEAT SHEET of this strategy Click here to get Cheat Sheet and Law of Influence #2

You and I, deep inside, like to be in control. We like to control our destiny, our time, our money. Anything that we perceive as taking control away from us we start to resist. It’s an unconscious instinct.

Have you seen that study that shows that if people think someone is waiting for them to get into their car and leave a parking spot they actually take longer?!

Put those two facts together and you get RESISTANCE.

In many cases it is unconscious. But when we perceive we are about to be influenced we immediately begin to experience inner tension and resist.

So, if we want to influence people, we need to find a way to reduce this resistance. Immediately, before we ever present a plan, give an idea in a meeting or make any attempt at persuasion.

A Powerful Influence Secret You Can Learn From A Squirrel 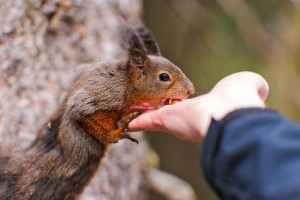 Let’s say you are at a park. You decide that you want to feed one of the squirrels a nut.

Is the nut good for the squirrel? Yes.

Just like your ideas and plans and products or services would be of benefit to other people.

Will the squirrel enjoy eating the nut? Of course.

But what will happen if you hold that nut in your hand and then charge the squirrel in a frontal attack?

It’s going to run right up the nearest tree. Right?

You must make it safe for the squirrel to sample the nut.

First you hold the nut a good distance from your body. You may pretend to not even be looking at the squirrel.

The squirrel is curious, the nut smells good. It looks good. The squirrel inches forward. But it is still ready to run the minute you make a move in its direction.

Next, you let your little friend start to nibble and sample the nut.

Slowly you can begin to pull the nut in a little closer to your body. Then you carefully pull out another nut.

Soon you find the squirrel is boldly eating out of your hand.

The exact same thing happens when you influence others.

Snap! The person’s guard goes right up. That’s the opposite of what you want to happen.

What can we do to disarm the people, create receptivity?

How can we put them at ease?

There are two techniques for doing this.

First, you signal to them that you are not going to charge them in a frontal sales attack.

Second, you put them in control.

And you do it in the first 10 seconds.

Instead of force or enthusiasm or big promises and hype, use what I call the “maybe, maybe not” approach to put people at ease.

It’s made up of three elements:

Let me give you a few variations of the method:

Presenting idea to a boss I don’t know whether or not this makes sense for our situation, but I think there is a way to reduce cost 25% without additional overhead. Maybe you can take a look at it and let me know if its a fit?”

Beginning a group or webinar presentation

“Our solutions aren’t right for everyone and may or may not make sense for your situation – but what I’m about to show you has helped others break free from their jobs and create their dream life. As we go through this consider if its right for you.”

”Good morning Peter. What I have may or may not be right for your situation, but we’ve helped other businesses increase their sales by 15% so, I thought you could take a look at it and then you can tell me if it might make sense in your unique situation.”

“Jim, this may or may work for you, but I think there’s an easy step we can take to improve your performance. Why don’t you take a look at it and let me know your thoughts.”

In A Fortune 100 Sales Letter

And here’s an example of how I use it in lead gen, sales letters and VSL’s. This particular letter got the salesperson a meeting with high level executives at Chase Mortgage. I find it especially powerful in the close of letters…

Do you hear how this natural influence approach puts people at ease?

You’re still making a powerful case … you’re still getting their interest, but you’re not doing it in a threatening way. You’re admitting, “it may or may not be right for your situation.”

Very, very rarely does a person ever hear anyone admit that their ideas, products, plans, services may not be a fit.

Also try non threatening, non specific phrases like, “open a dialogue”, “see if its a fit”, “explore your situation”, “kick the tires”, etc.

“You tell me whether or not it makes sense”…

I’ve got a colleague who’s a deal maker. He uses a very similar technique when he’s throwing out “The Big Idea”.

His potential partners (with big egos) don’t feel threatened. He’s all but told them he’s probably wrong up front. There is no pressure for people to react to. So, like our squirrel, they start nibbling on the idea.

Notice how by using these types of phrases you haven’t put people in a position where they have to resist or put up defenses.

Christopher Carpenter at Western Illinois University studied a very similar technique to the Maybe – Maybe not – Choice is yours method I’ve shared.

He conducted a meta-analysis of 42 different studies with more than 22,000 participants using the phrase, “But You Are Free…” (BYAF) compliance gaining technique. This technique operates by telling the target that he or she is free to refuse the request you are making.

How powerful is telling people, “But you are free to say no.”?

In most cases it DOUBLED the number of yeses. Further, in both situations of bumming some spare change off a stranger and in fundraising activities it DOUBLED the amount people would donate.

Both this technique and the “Maybe – Maybe Not” approach keep people in control of their own freedom.

Ironically, many sales organizations have heart attacks when I mention this method to their sales teams. How dare one give a prospective customer the option of saying “No”. Or admit that maybe, just maybe something may not be a perfect fit.

Yet in the real world – and in university research test, this method is extraordinarily effective.

They are able to confidently make some pretty bold proposals because they know the other person isn’t going to think of them as pushy or manipulative.

And perhaps most importantly…

Because you spoke the truth!

Do you see how you are sowing the seeds of trust and respect in the first 10 seconds?

I’ve got a lot more of these “Natural Influence” secrets to share with you.

Please log in again. The login page will open in a new tab. After logging in you can close it and return to this page. Get Your Influence Cheat-Sheet - Plus, The Second Law of Influence