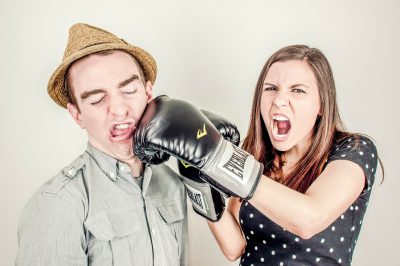 So, we were a quit peaceable couple. I can’t even remember a serious argument through our engagement.

But, here we are in Rome at the Pantheon and we want to go to this little gelato shop the guidebook recommended.

We pull out the map that had been given us at the hotel. The Gelato Shop is just a few blocks behind the little Pantheon symbol on the map.

We start debating the fastest route around the Pantheon in front of us. Right or left.

The debating leads to an argument.

The argument leads to silent walking…

We must have gone two miles and were looking at where the shop should be on the map. I’m thinking they couldn’t have gotten the map scale that wrong.

Then we run into a river (Tiber) that wasn’t even on the map!

It is only then we realize the “problem”.

THE MAP WAS UPSIDE DOWN!

Whoever designed the map had put the little Pantheon icon upside down!

So, we fought over the best way around the Pantheon when the direction we need to go was directly behind us 2 short blocks (curse you Rome map maker!)

If you’ve been walking further than you think you should in order to reach your destination… Perhaps the problem is with the mental map you’re using.

You’re working hard, you haven’t given up – but just can’t seem to reach the destination.

Sometimes we have to stop walking. Stop struggling.

More action may just be taking us further away.

What we need to do is take our maps and assumptions and re-examine them.

Perhaps the object we desire is in the opposite direction we’ve been walking.