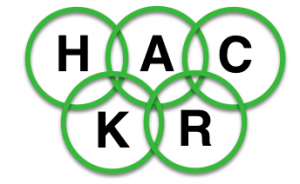 Ilove growth hacking. And here are 5 lessons I learned about it from the Olympics…

First, let me be up front so you can determine if you want to read on. In this post, I list no actual techniques. Rather, fundamental mindsets.

[Tweet “Growth Hacking is first and foremost a mindset.”]

It’s the mindset that gives birth to unique, innovative and breakthrough growth hacks.

For the most part, you can’t copy the growth hacks of others. They are often crafted from the unique time, place and resources of the moment and are very hard to replicate.  But, you can use these mindsets to create your own growth hacks time and again.

Tactics can be used once or twice but then get old. On the other hand, the Growth Hacker Mindset is generative.

As I’ve been watching the Olympics I’ve seen many of these fundamental mindsets on display, the same ones i see in my growth driven clients.

#1. No one gets a gold medal growth hack by accident

No one got lost, ended up at the Olympics, wandered on to the half-pipe and won gold.

No one is creating great growth hacks by accident.

They are born of a clear vision. Clear objectives. Clear purposes.

Like in much of life, you have to know what you want before you find it.

In a very real sense, growth hackers win before they begin.

Resource: If you want some inspiration in creating a vision statement here are several from Great Leaders… Vision Statements

#2 Gold medal growth hackers get back up

Medalist after medalist suffered setbacks and injuries in their journeys leading up to the olympics. Far from a smooth road to victory, many of these athletes had life smack them down and dare them to get up again.

One of the best growth hacks I ever accomplished ($395,000 in sales in a week) happened immediately following one of the most atrocious hacks ever attempted. It not only didn’t make my client money — it cost me money as I had to pay to cover mistakes I had made.

Expect to be knocked on your backside. Determine right now that you will get up again. Yea, its embarrassing. It hurts. It makes you hesitant to try again. But try you will. You are a growth hacker.  Neither circumstances nor mindless, bureaucratic drones will stop you.

It’s a perverse dichotomy. Many of the best growth hackers are independent, innovative thinkers that often have to go against the powers-that-be and prevailing mindsets in their companies and industries.

Everyone of those medal winners in the Olympics had a coach they listened to, family that supported them and cheered them on.

You need to get advisors. You need to develop a support group of other like minded growth hackers that encourage you, inspire you and compete with you.

Don’t try to go it alone.

Many of the Olympic medalist have been chasing their dreams and passions since early childhood. They often train 6-plus hours a day for four years before they even get to compete.

Many of the greatest growth hacks owe their success to hours and hours of preparation. The books studied, the markets studied, the problems studied.  The times they tried stuff that didn’t work. Tried other stuff that sorta worked. it all adds up, brick-by-brick, step-by-step until the growth hack breakthrough happens.

Even after the original idea, there is so much that can go wrong. So much depends on setting it up right, preparing the field before the seeds are ever sown. Then guarding the seedlings from bugs, drought, elements. Nurturing them. Cultivating them.

Consider that an airplane has to have a certain number of wings and engines to take off. You can’t decide to save money on an engine and a wing and still expect your hack to fly.

Give it all the effort and resources it needs to succeed.

What I did hear was.. “Temperatures are high and the snow is mushy.” “The sun is shining on that curve and creating a nightmare for the skiers.” “They had major problems with the slopestyle course and are having to re-design it.”

You have to play succeed with the conditions you are given. Those conditions won’t be perfect.

Don’t let imperfect conditions, resources and support knock you off your game. Don’t let them surprise you. Instead, be surprised if things go perfectly.

And don’t do what I’ve been guilty of in the past: let the ideal of perfection keep you from even playing. Quitting before you even start because “it won’t be perfect”.

Someone older and wiser once came up to me and said, “Stop swinging from your heels. You keep trying to hit home runs and are waiting for the perfect pitch and then swinging too hard when it comes. Take some base hits!”

Did I miss any important Growth Hacking Mindsets? Comment below and let me know what you believe the most important elements of growth and success are… 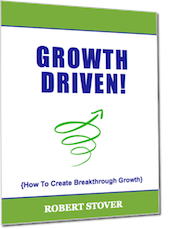 Discover how to catapult growth through leverage

If you enjoyed this article, join my private email list (it’s free)